There is no “One Size Fits All” program for Alternate Dispute Resolution Services (ADR). The objective is to tailor the program to fit the special needs and interests of the parties. That is not to say that there is a lack of models. It is not always necessary to reinvent the wheel. The overarching objectives of ADR include the following:

Privacy: Court proceedings are generally public. Very little that goes on in courts is private. Publicity and confidentiality are common issues. Many parties to these disputes are hampered in revealing their needs because of concerns of privacy and confidentiality.

Confidentiality: When the parties elect to engage in alternate dispute resolution, they generally agree, in writing, that all the processes and outcomes shall be confidential. Sometimes it is appropriate for the parties to agree that the final resolution of the dispute may be submitted to a court of agency for approval or to become part of a court judgment. In order to encourage and support ADR, many states, like New York, have statutes or court rules that preserve the confidentiality of the proceedings.

Creative and Empowering: A court must follow the strict guidelines of statutes and prior case decisions. A court is limited to awarding or denying an award of a sum of money, which becomes due when the judgment is entered. It is “up or down.” “Win” or “Lose.” Not so in ADR. In private ADR, the parties, with the help of an experienced neutral, are empowered to create a WIN-WIN solution for all parties. For example; in an intellectual property dispute, where the court might be limited to granting an injunction and a money judgment, the neutral in ADR might suggest a patent license and a royalty agreement, which benefits both sides. Where a sum of money is claimed, the entire sum might become immediately payable under a court judgment. ADR empowers the parties to negotiate payment terms and avoid an unsustainable result, or creatively piece together a mutually beneficial exchange of services or goods.

Economy: The cost of the services of an experienced neutral is not insignificant. Such costs often are much less than the costs of a procuring a litigated solution, which mount up. Costs often exceed the value of the case over the lengthy period of the life of a litigation.

Convenience: In litigation, the parties, their representatives and witnesses have to appear in courts wherever they are in session, and whenever they are directed to appear. Proceedings in courts are often delayed by crowded calendars. In ADR, the parties are empowered to decide when and where they are to appear to resolve their dispute.

Speed: Litigated proceedings can take many years to reach a final resolution. They involve pleadings, disclosure proceedings, motions, court conferences, trials with strict adherence to the rules of evidence, and appeals. In many jurisdictions the courts are over-loaded with back-logs, and hampered by budget constraints. Alternate Dispute Resolution programs are now often mandated by the courts to relieve these delays, and because they are statistically successful. Often, they reduce the delay of years to days or weeks, savings time and resources of the parties.

In ADR there is no “one size fits all,” nor should there be. After all, it is always a product of an agreement between the parties. The parties’ interests and needs are primary, and they deserve the advantage of choosing a program that best fits their interests and needs. Examples of the typical ADR programs are as follows: 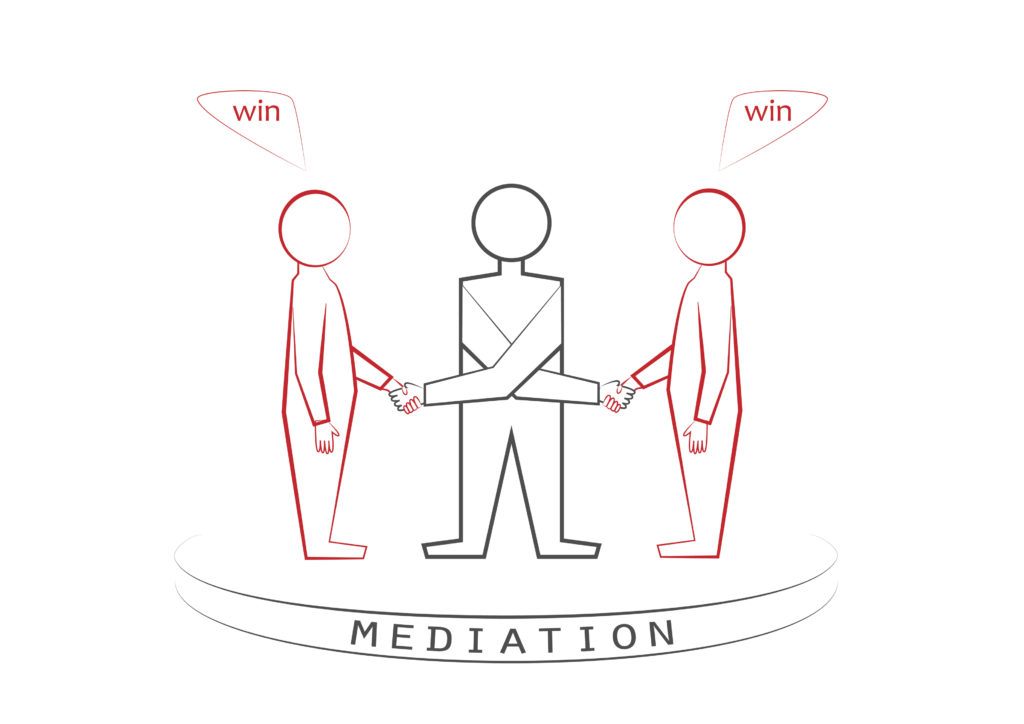 Mediation: A neutral professional is designated by the parties to convene meetings to assist each party in communicating and further understanding its own and the others interests and issues, and to create an process to facilitate their meeting these interest and resolving the issues, in a way that may be more predictable and certain than a litigation alternative.

Med-Arb: This is an ADR process with various possible permutations (including Arb-Med) but most typically unitizing one neutral who commences with mediation but is empowered to follow with arbitration if it becomes necessary to resolve disputed issues. Arb-Med, in contrast, commences as a conventional arbitration, and culminates in a sealed award by the arbitrator. Thereafter, the same or an alternate neutral attempts to mediate and bring about a negotiated settlement of the conflict. During this negotiation, the parties understand that if they fail to reach a settlement, the award will be rendered determining the dispute.

Conciliation: Similar to mediation except that in this case the designated neutral may take a greater role is suggesting solutions to bring about a resolution of the dispute.

Arbitration: The designated neutral is empowered by the parties to conduct a private trial, adhering in varying degrees to the rules of evidence and the law of the selected jurisdiction, to hear and determine the respective rights of the parties. In such cases there are very limited rights to vacate the award or to appeal. They are bound by the Award.

Ombuds: A designated neutral is appointed, usually by a company, agency, association or organization, to fill an ongoing role of being available to associated individuals or departments to resolve conflicts and grievances that might otherwise become ongoing problems or disputes. The objective is to “nip the dispute in the bud,” privately and informally, before they create larger probems within the organization.

Settlement Counsel: In the course of litigation, it is common that the trial counsel representing one or more parties are deeply involved and committed, both in their mindsets and in the allocation of their resources, serving as a “War Department” to striving zealously for total victory at a trial. In such cases, parties may find it useful to engage Graff Dispute Resolution to serve as a “State Department.” When engaged in this capacity, our principals are decidedly not neutral. However, they proceed with firm diplomacy to achieve a negotiates settlement. The adversary is informed that, while trial counsel are engaged in the prosecution or defense of the action, there is a representative available, as Settlement Counsel, to engage in negotiation that may lead to settlement of some or all of the issues in dispute.

Collaborative Law: In an emerging form of legal representation, known as collaborative law, each party to a dispute agrees that they wish a negotiated resolution and strongly prefer not to litigate. In such cases they engage a lawyer that is skilled in the negotiation of such matters, but each lawyer agrees, in advance and in writing, not to represent their client if negotiation fails and the matter proceeds to litigation. The idea is that the incentive to achieve a negotiated settlement is enhanced. Our staff is available to serve as collaborative lawyers.

“A mediator is very pleased about the way a complicated commercial mediation is going. Over the last few weeks, the parties seem to be getting along better and better. But she is concerned that they never seem to get to a final agreement and keep adding new problems. Finally, after several more sessions, she confronts one of the parties. “I have noticed that every time we get close to a final agreement it falls apart – is this a problem for you?” “Oh no.” he replies “None of us want an agreement. No-one wants to stop. You see we are able to get things done in mediation we couldn’t do otherwise.”

Please fill out the form below and one of our attorneys will contact you.